It is 1982, and England has just suffered a devastating defeat in the Falklands War. Argentina had managed to obtain some Exocet Series 8 missiles equipped with A.I. targeting software that inflicted enormous damage on Britain’s warships and left almost 3,000 dead. This software, however, had an innocent origin: It was based on open-source facial-recognition algorithms that Alan Turing had designed in the 1960s to help people with the face-blindness condition known as prosopagnosia. 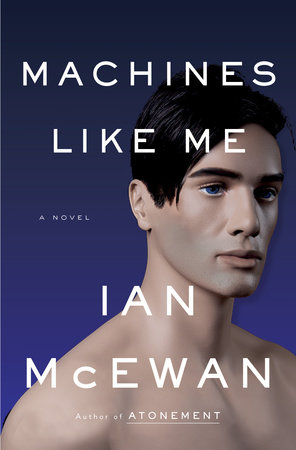 In the 1982 of Ian McEwan’s new novel Machines Like Me, Sir Alan Turing is a 70-year-old elder statesman of the computer revolution. Rather than accept estrogen treatments as punishment for his 1952 conviction of gross indecency (and his suicide two years later), this alt-Turing decided to go to jail. He spent his incarceration doing mathematics, even making headway on the P versus NP problem two decades before it was even formulated. By 1968, he and a colleague had written a program that beat masters at the game of Go.

It is therefore not unbelievable that 1982 is also the year in which synthetic humans are first made available for purchase. The 13 “Eve” models are sold out almost immediately, but the narrator of Machines Like Me — a 32-year-old unemployed and unsuccessful online currency trader named Charlie Friend — comes into some unexpected inheritance money and (perhaps foolishly) spends £86,000 for one of the twelve “Adam” models. He has an idea that he would invite his neighbor Miranda to help program Adam’s personality. They would bond over the experience (rather like raising their own child) and love would ensue.

Ian McEwan likes taking literary risks: His previous novel was narrated by an unborn child inside his mother’s womb. The risk in Machines Like Me is that the subject of sentient machines has been done to death in literature, movies, and television programs, and Charlie even admits that on the first page:

But artificial humans were a cliché long before they arrived, so when they did, they seemed to some a disappointment. The imagination, fleeter than history, than technological advance, had already rehearsed this future in books, films and TV dramas, as if human actors, walking with a certain glazed look, phony head movements, some stiffness in the lower back, could prepare us for life with our cousins of the future.

And that’s the last I’m going to quote because anyone familiar with McEwan novels knows that they go off in unexpected directions. McEwan is less interested in the science, technology, and software than the moral implications of artificial intelligence, and the peculiar relationship of human reason and emotions. At the core of Machines Like Me are two very personal moral problems that Charlie and Miranda must grapple with, and the special insights (and actions) that Adam brings to the table.

As with McEwan’s 2016 novel Nutshell, I had my doubts that Machines Like Me could be successfully resolved. But an exceptionally satisfying appearance by Alan Turing in the last ten pages makes it clear why McEwan is one of the English language’s best authors.